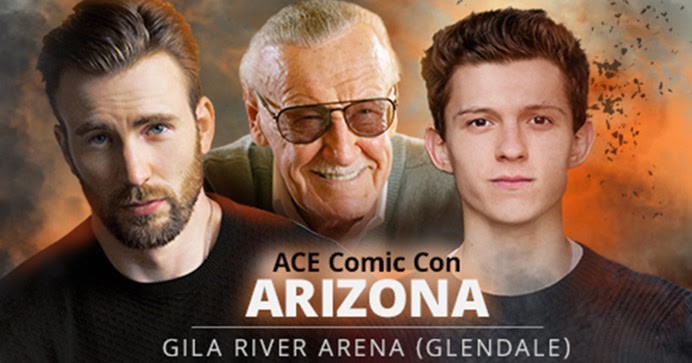 Marvel superstars converge in the desert for a weekend full of heroes, legends and the writers and artists that bring them to life on the page.

The creator of Wizard Entertainment and owner of Wizard World conventions around the country has brought the world another kind of intimate convention experience: Ace Comic Con. One that you can enjoy in person and on your digital devices. Their first event took place in Long Island last month headlining with the cast of Justice League. This weekend, Ace lands in the deserts of Arizona with some of the world’s favorite Marvel superheroes.

Karl Urban, who starred in Thor: Ragnarok, Star Trek and Lord of the Rings, will be attending the convention for one day along with Hayley Atwell who played the beloved Peggy Carter. But perhaps the biggest special guest of the weekend is the legend himself, Stan Lee.

Along with these special guests and others, they will be doing photo ops and autograph sessions with attendees throughout the weekend. You can still buy tickets for these intimate fan experiences here. There are also a number of panels scheduled over the weekend bringing these stars on stage together for Q&As, including the Captain America cast (Chris Evans, Sebastian Stan and Anthony Mackie), The Punisher cast (Jon Bernthal and Ebon Moss-Bachrach) and Stan Lee. The rest of the programming schedule can be viewed here.

Grab tickets to this event before they are gone!

Tickets to attend the event are still available but photo ops and autograph tickets have been selling out for a couple weeks. So act fast! Tickets can be purchased here.

And if you are unable to attend the convention, Ace will be livestreaming each of the main stage panels live on their facebook!

Are you a big Marvel fan?

Make sure you follow us on social media (@hellonerdeek on Twitter, Instagram and Snapchat) for live updates from inside all the action and check back here for exclusive panel news!
likethis
What's your reaction?

Candace Wilson
Candace is born and raised in Southern California, but will always call New York City a second home after spending a year there attending Pace University. She is a studio photographer with ambitions to be a screenwriter or a photographer in the music industry. Her free time is spent divided between reading books, watching her favorite TV series or on the barricade at rock concerts. She is easily picked out of a crowd with either red, purple or blue hair and the Supernatural and My Chemical Romance tattoos on her arms. Some of her other favorite things on the planet are The Lord of the Rings, The Umbrella Academy comics, and her guitar, Jude. She is also known as Jax by her friends and followers on Tumblr.
You might also like
Anthony MackieAvengersConventionsNerdeek Life
Read More 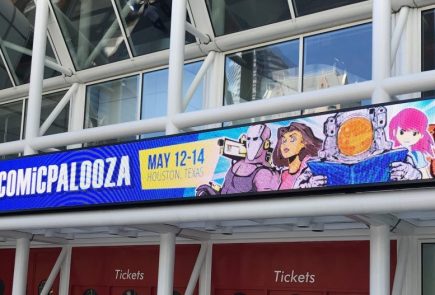