Beauty and the Beast Trailer #1: The Power of Love, Hate, and Disney Magic

by Jennifer YenNovember 18, 2016
0
Now Reading
Beauty and the Beast Trailer #1: The Power of Love, Hate, and Disney Magic
Contents

Ever since the success of Disney’s first live-action retelling of Cinderella in 2015 and the announcement of a line-up of princess remakes in the works, fans have been waiting impatiently for the reveal of Beauty and the Beast. Starring Emma Watson, Dan Stevens, Luke Evans, Josh Gad, and Kevin Kline as well as the voice talent of Ewan McGregor, Ian McKellen, Emma Thompson, and Stanley Tucci, the film has drummed up a stunning amount of excitement in the last few months with merely a teaser clip and a few still images. Now, Disney finally released the long-awaited first official teaser, and as this would-be princess will tell you, it looks like (almost) everything I could wish for. Let’s break it down to see what secrets lie within, shall we?

In the opening moments of the trailer, Alan Menken’s simple but stirring melody plays to set the mood while the obligatory Disney castle opening (in this case, it’s the Beast’s castle) is seen. We see that the lands around it are dark and dreary, along with three tiny lights seen on the castle itself. Perhaps it’s my wishful thinking, but one of those lights happens to be in the window of the tallest tower, which makes me immediately think of Belle’s father. In addition, we also see that a large wing (could it be the infamous west wing?) is encased in darkness.

At 0:40, shortly after finding her father in the prison cell, Belle meets the Beast for the first time. For those of you who have seen the other Disney live-action film (*cough cough* Maleficent), their first meeting shares some key moments. As Aurora did, Belle asks the Beast to come into the light, and both princesses experience a moment of initial fright upon seeing the face of their opponent. It’s a lovely (if possibly unintentional) homage to the first Disney live-action, for its success it what opened the doors to the one we’re discussing now.

While on the topic of first appearances, I personally like the way they created the face of the Beast. When you first get a clear image of him at 0:46, you can see the unhappiness, the loneliness written on his face. He does occasionally look a little comical with his exaggerated expressions, but overall, I think Disney did a great job on it. As for his other attributes,, his voice reminds me slightly of a certain fire-breathing dragon (*swoon*), which certainly could be a selling point for wooing Belle. I am also intrigued with the way that they chose to have both characters serve as teacher and pupil (see 1:23 for what I’m talking about), versus the animated version where Belle does most of the eye-opening.

What follows after this initial introduction is glimpses of all of our favorite anthropomorphic characters – Cogsworth, Lumiere, Chip, and Mrs. Potts. The trailer hints that Belle’s first meeting with Cogsworth and Lumiere will be different than in the animated film – namely, it seems they might be breaking her out of prison at 1:00 while she is stunned with their ability to talk! As a side note, for those of you who feel life is not complete without hearing Lumiere singing in a Spanish accent, you can check it out here (trust me, you’ll thank me later). Skip forward to 2:00 to see him in action.

Knowing their fans will demand a view of all the characters, we get a chance to see Luke Evan looking every bit the Gaston we expect at 1:20, followed by a blink-and-you’ll-miss-it glance of Josh Gad’s LeFou at 1:34. With their scenes focused mostly on gathering the town mob and the ensuing attack on Beast’s castle, Disney lets us know they will not be shying away from the darker parts of the movie as well.

Lastly, at 1:39 we see Belle in the midst of the final battle between the mob and the castle inhabitants, and she jumps bravely over a large section of broken wall, contrasted with a conversation with her father where she tells him that she is not afraid. This makes me happy since one of the biggest issues that have been raised against classic Disney princess films is the outdated view of women as damsels in distress rather than strong, independent individuals. Her words and her actions send a strong message that this will be a film and a princess for little girls to aspire to, not just because she saves the prince, but also because she can save herself.

The only complaint I have is the absence of the classic songs (that we can see so far anyway). We know Ewan McGregor and Josh Gad can sing their little hearts out, and I suspect other cast members can carry a tune. It would be wonderful to hear the songs that won countless awards (Golden Globes, Academy Awards, and Grammys oh my!) and accolades.

As a lifelong Disney fan, with Belle as one of my two favorite classic princesses, this trailer has only served to fuel my desire to watch this film. The visual effects, costumes, and (obviously) score are all well-thought out, and the casting seems spot on.

So, make plans for a night out on March 17, 2017, and share in the Disney magic of Beauty and the Beast!

Jennifer Yen
I'm a mind-reading geek MD during the day and Amazon bestselling author of YA fantasy series The Avalon Relics by night. I am a lover of great books, binger of television series, and enthusiastic fanfiction creator. I enjoy all things science fiction and fantasy, Marvel, and Disney/Pixar related. I'm a Trekkie, Jedi, Whovian, X-Phile, Shadowhunter, Stitcher, Potterhead, Browncoat, Tribute, Austenite, and so much more. I support diversity in all media and want to keep smart shows where they belong - on the air!
You might also like
Beauty and the BeastdisneyNerdeek Life
Read More 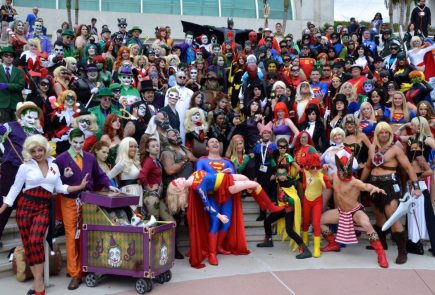 SDCC 2017: Top Cosplays and Cosplayers To Watch For
Read More 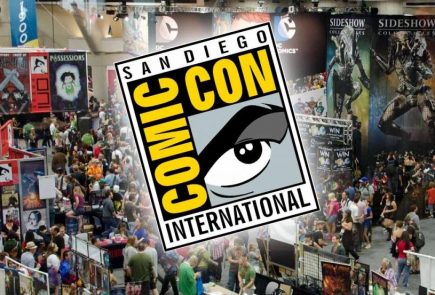 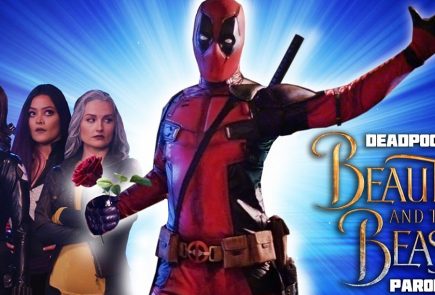