Can Nintendo bring its near-field toys back to life?

by Ben SchrijnemakersDecember 15, 2016
0
Now Reading
Can Nintendo bring its near-field toys back to life?
Contents

With the toys-to-life genre taking a hit in 2016, Nintendo seems to double down on its Amiibo.

Toys-to-life, the genre of video games using physical figurines and action figures to interact with a game, has seen a steep decline in sales over the past year. Franchises that were once reliable and lucrative hits have been shut down by developers across the board. Most notably, Disney has discontinued its Infinity and Playmation lines and further development has been put on-hold indefinitely.

Although most studios have given up on producing the interactive figurines, one developer seems to believe there is still lots of life left in the platform. When Nintendo launched its platform – Amiibo – in 2014 along with Super Smash Bros., it promised to release a toy to go with each available fighter. After the initial release, addition fighters were continuously made available through download and Amiibo items were produced.

Instead of shying away from the platform, Nintendo is keen on expanding its lucrative brand of Super Smash Bros. fighters well into 2017. Other games Nintendo plans to release toys for include Yoshi’s Wooly World and Zelda’s Breath of the Wild, which was pushed back for a release on the Wii’s new Switch platform. An official date for the release of these figurines has not yet been provided but history has taught us these dates usually coincide with the release of the game itself.

Although no new toys have been announced, Square Enix and Activision are also attempting to keep their Skylanders franchise alive by developing a television series surrounding the brand.

More news on Amiibo and Skylanders will be announced at E3 2017 when developers reveal the line-up for the next year.

Ben Schrijnemakers
Ben likes to think of himself as randomly creative and creatively random. As a web designer and developer, he is always on the lookout for the latest apps to expedite the everyday humdrum. After dark, he sheds his modesty by hunting down his next big adventure. This quest for self-innovation has led him to travel the world and become a #RealityShowWinner in the meantime. How is that for a bucket list?
You might also like
amiiboE3Gaming
Read More 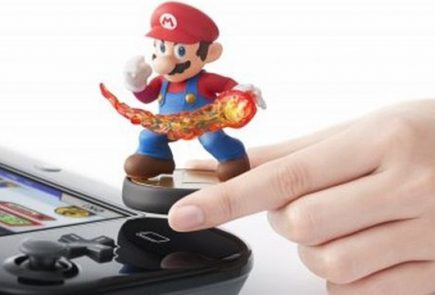 Can Nintendo bring its near-field toys back to life?
Comments
Leave a response