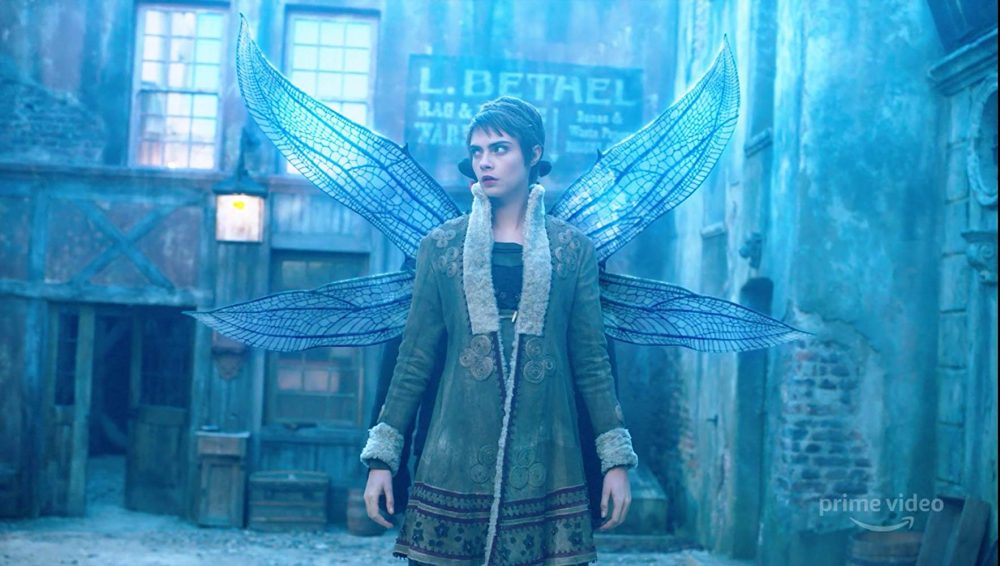 Amazon’s original fantasy series promises world-building like no other

Fae, faun, and humans alike sitting in Ballroom 20 on Friday, July 19th were in for a special treat! Amazon received an enthusiastic reception when they previewed their upcoming original fantasy series, Carnival Row. Set in a Victorian fantasy world filled with mythological immigrant creatures whose homelands were invaded by man, the series is a sight to behold and an enigma to unfold.

As the growing population struggles to coexist with humans—forbidden to live, love, or fly with freedom—hope lives. A human detective, Rycroft Philostrate (Bloom), and a refugee faerie named Vignette Stonemoss (Delevingne) rekindle a dangerous affair despite an increasingly intolerant society. Unfortunately, Vignette harbors a secret that endangers Philo’s world during his most important case yet: a string of gruesome murders threatening the uneasy peace of the Row.

So, what did we find out about the occupants of Carnival Row? Let’s dive in! 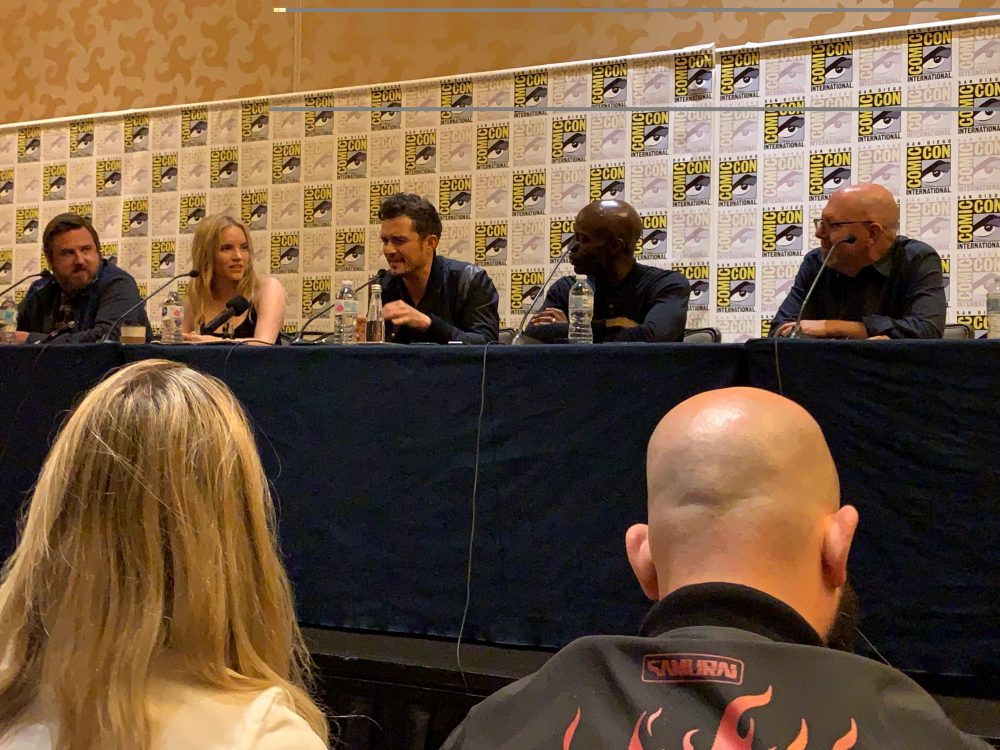 1. This show is nearly seventeen years in the making.

“I wrote the script seventeen years ago as a movie, for my final project in film school. It was intended for an audience of one. It ended up being the script that started my career, but languished in development until 4-5 years ago.”

“For me, that’s the best thing and the saddest thing too. The fact that Travis wrote this seventeen years ago, I came to it five years ago, and it’s still so relevant.”

“How does a sitting room drama fit with the warn-torn story? Because it’s one world, and we do address all of the -isms, racism, sexism, classicism, etc.”

3. The series is driven by the characters’ journeys.

Bloom, who plays Philostrate, stated he joined the series because

“I felt like I hadn’t seen this world before. I was amazed by the details and the depth of the character. He’s a fun character to play because it allowed me to explore my shadow self. You can look at these characters and rationalize them.”

As Vignette, Delevingne was drawn to the fact

“She goes through a lot and still fights for what she believes in, which is love. She is a fighter for love.”

Merchant’s Imogene, as she describes her,

“She’s like a pretty, angry caged bird. She’s always looking to gossip and tries to wear the most impressive sleeves of all her friends when you first meet her…but there’s a lot of anger underneath.”

When it comes to Agreus, Gyasi explains

“The word ‘how’ is key for this guy. Because as you see, he moved into the biggest house in the poshest area in their world, yet the challenges for his kind are there, so how does he do it?”

4. The attention to detail astonished the cast…and they hope it will have the same effect on the audience.

Bloom stated that while they were filming

“The set we created in Prague was incredible. So real and tangible.”

“You could walk around this city and pick up the little trinkets you find. It was very much realized.”

Gyasi gave us an idea of the things that would catch his eye.

“It’s like walking down the street and you see this little graffiti, something you wouldn’t even think about, and it just blows me away.”

It wasn’t just the set. Merchant pointed out

“The language too. There’s words and phrases that had this meaning and it felt so steeped in history.”

5. The makeup, costumes, and effects are stunning.

When it came to creating Agreus’s appearance, Gyasi admitted

“On days where he wears a suit, it’s 3 hours in makeup and 1.45 hours of breakdown. It’s a 5 hour makeup call and 3 hour breakdown for full body, and we might shoot for 12-14 hours straight. I’m a faun, and what they did with my legs…they added muscle because the hooves make you walk a certain way, and individually blow the hairs so they breathe.

While Delevingne’s wings were CGI, for the flying,

“It was challenging. But I really really enjoyed it. To pretend to fly and have wings – because of the sensitivity of them, it’s this feeling of being trapped down as a woman, but it’s not corsets, it’s wings.”

So, are you as excited for Carnival Row as we are? Tell us what you’re looking forward to most below!

For a sneak peek of what’s to come, check out these videos!

Jennifer Yen
I'm a mind-reading geek MD during the day and Amazon bestselling author of YA fantasy series The Avalon Relics by night. I am a lover of great books, binger of television series, and enthusiastic fanfiction creator. I enjoy all things science fiction and fantasy, Marvel, and Disney/Pixar related. I'm a Trekkie, Jedi, Whovian, X-Phile, Shadowhunter, Stitcher, Potterhead, Browncoat, Tribute, Austenite, and so much more. I support diversity in all media and want to keep smart shows where they belong - on the air!
You might also like
AmazonAmazon Prime VideoConventionsNerdeek Life
Read More 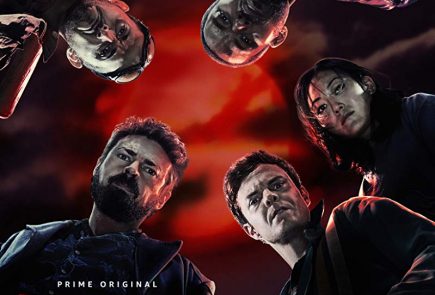 The Boys: Five Things We Learned at SDCC 2019
1 Comments
Leave a response