The fun of fantasy, fiction, and fanfare.
Sections
Conventions
CompareComparing...
41

There Are No Real Villains on The Expanse

by Faith BektasJuly 23, 2017
0
Now Reading
There Are No Real Villains on The Expanse
Contents 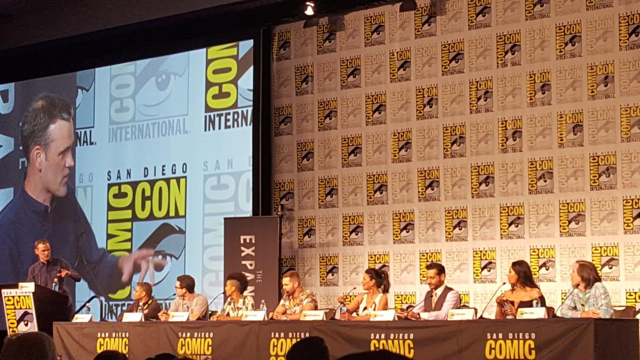 The Expanse cast took to San Diego Comic Con this year and were greeted with a huge crowd. The hit show on SYFY has become wildly popular with fans and will return for season 3 in 2018. Until then, here are some of the highlights from the panel at SDCC.

Steven Straight, who plays  James Holden made it known that he doesn’t believe there are any villains on the show.

“There are no real villans. Everybody is doing what they think is best.”

We’d have to agree with that one.

Wes Chatham, better known as Amos Burton on the show, joked that,

“The Protomolecule man was actually Holden without his coffee.”

See? All good guys go bad without their coffee.

The cast was adamant that characters do what they need to do in order to get stuff done. Relatable. We just wished we looked that good doing what we need to do.

The cast love their one liners. Cas Anver, known to Expanse fans as Alem Kamal, went dirty and pretty simple with his choice of favorite one liners.

Anyone need a new cuss word? There ya go!

Frankie Adams aka Bobbie Draper went with women power when asked her favorite one liner.

“I don’t use sex as a weapon. I use weapons as weapons.”

Overall, the cast of Syfy’s Expanse showed the audience at the panel that they have a great time with this show and with these characters.

There’s one last day of fun at San Diego Comic Con 2017, so be sure to join us and follow us on Instagram, Twitter, and Snapchat @HelloNerdeek!

Don’t forget to keep a watch out for our San Diego Comic Con 2017 Review. We break it down for the ones who attended and the ones who want to make it for the future!

Make sure to check out all of our SDCC 2017 coverage while you still can.
likethis
What's your reaction?

Faith Bektas
Currently residing in New York, Faith is a fan of any and all things television. After going to school for Media Arts, she gained a whole new appreciation for the work done behind the camera. (It's insane just how many things go into the pre-production of a show!) She loves shows with clever, witty, and thoughtful writing. (Let her know if you have recommendations!)
You might also like
Frankie AdamsSan Diego Comic ConConventions
Read More 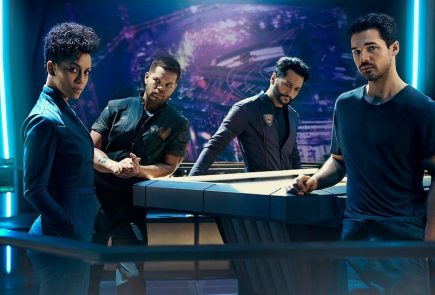