The fun of fantasy, fiction, and fanfare.
Sections
Conventions
CompareComparing...
321 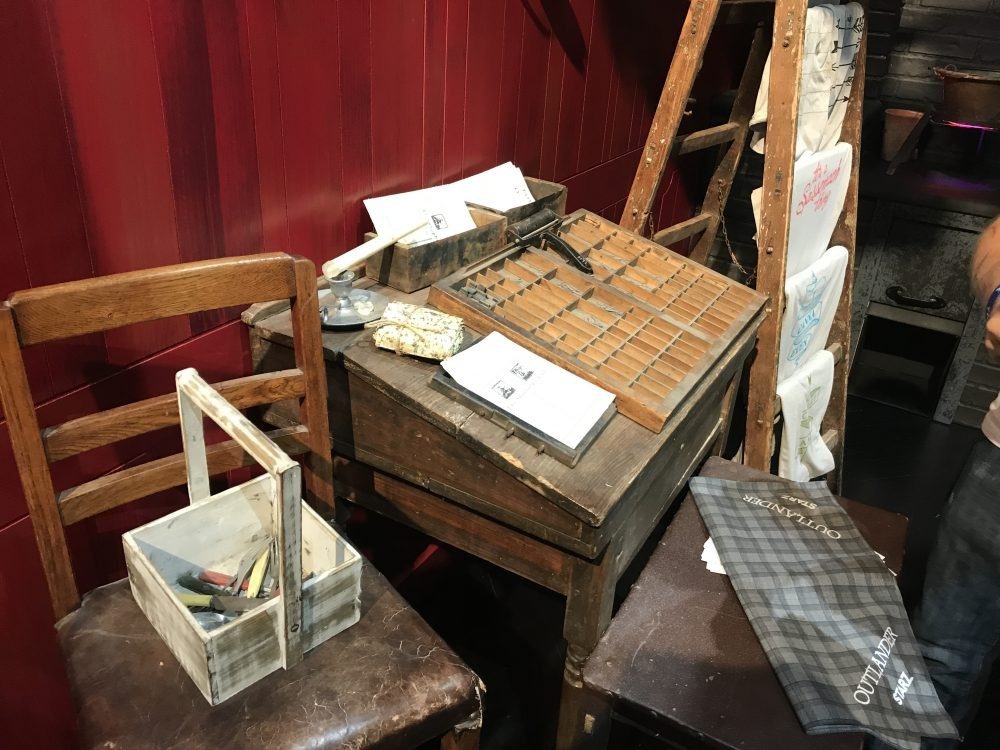 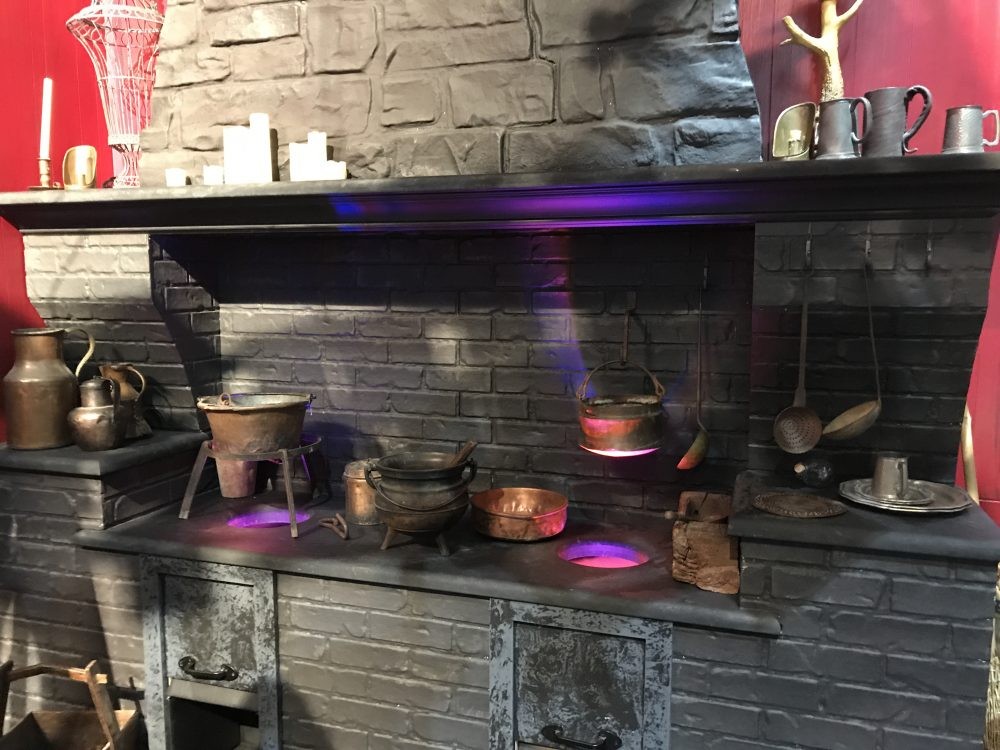 Wednesday night of preview night and what was our first destination? The Starz booth, themed like the print shop, NATURALLY! Last year we saw the American Gods White Buffalo. This year with Outlander premiering on September 10th we knew the booth was gonna be good. 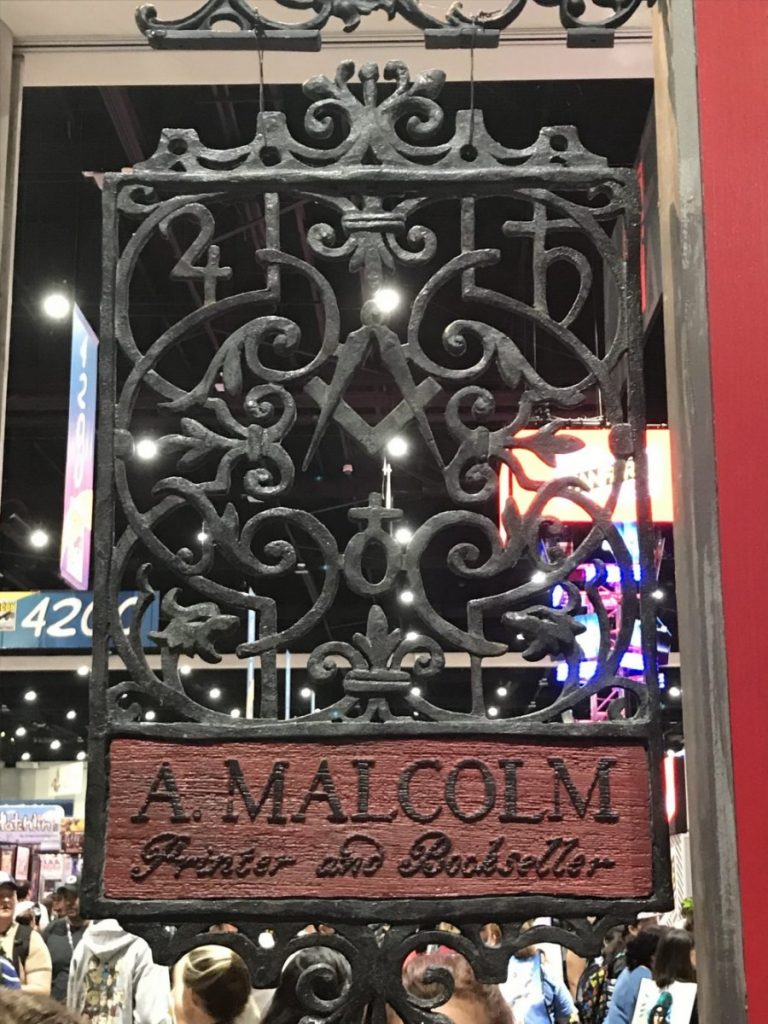 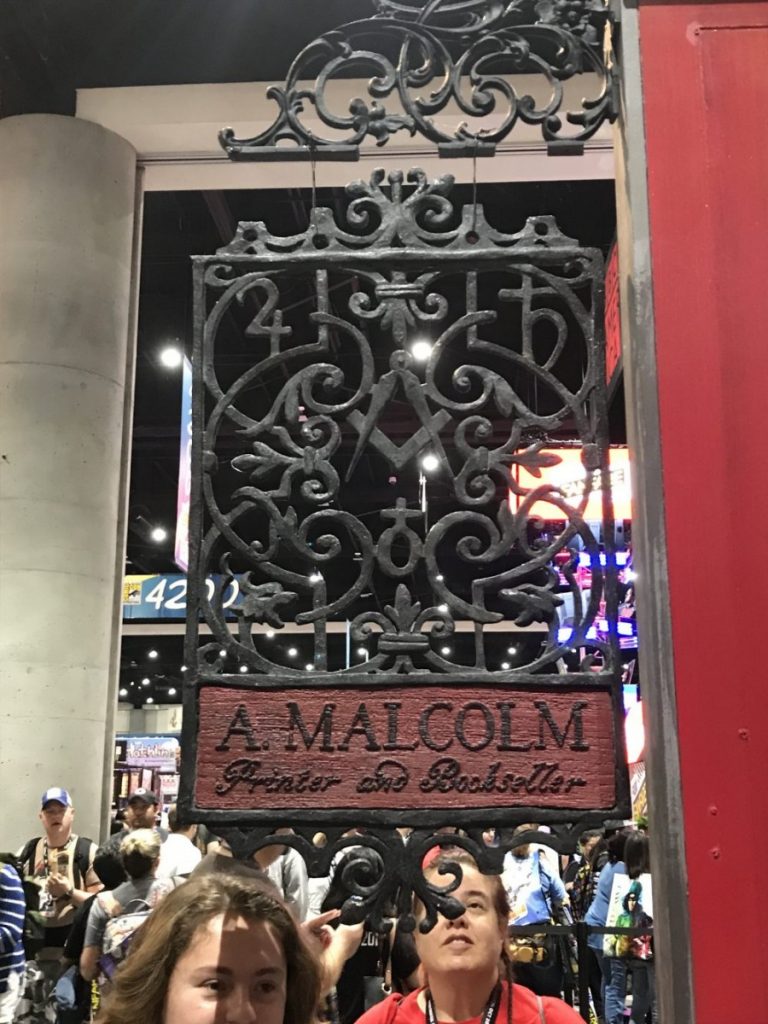 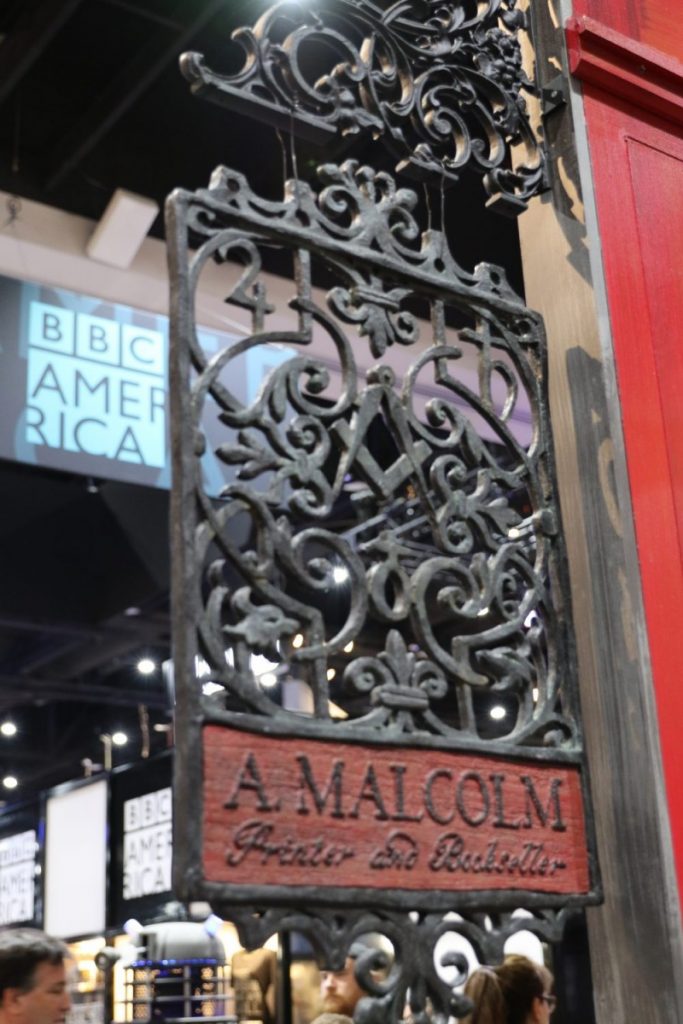 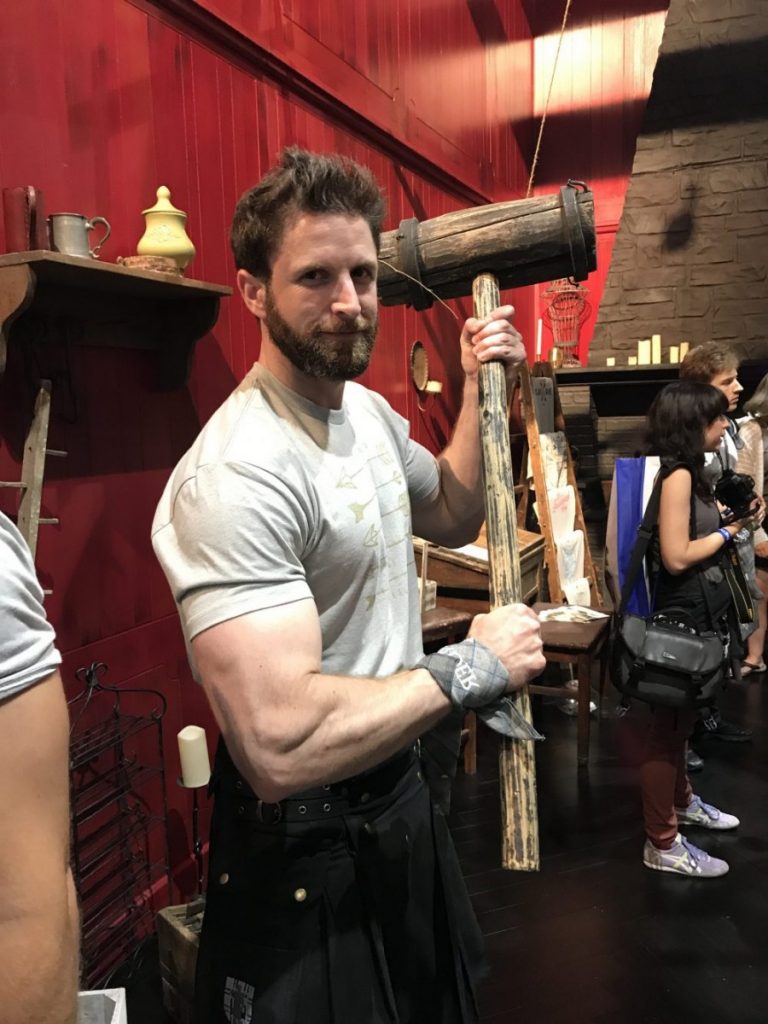 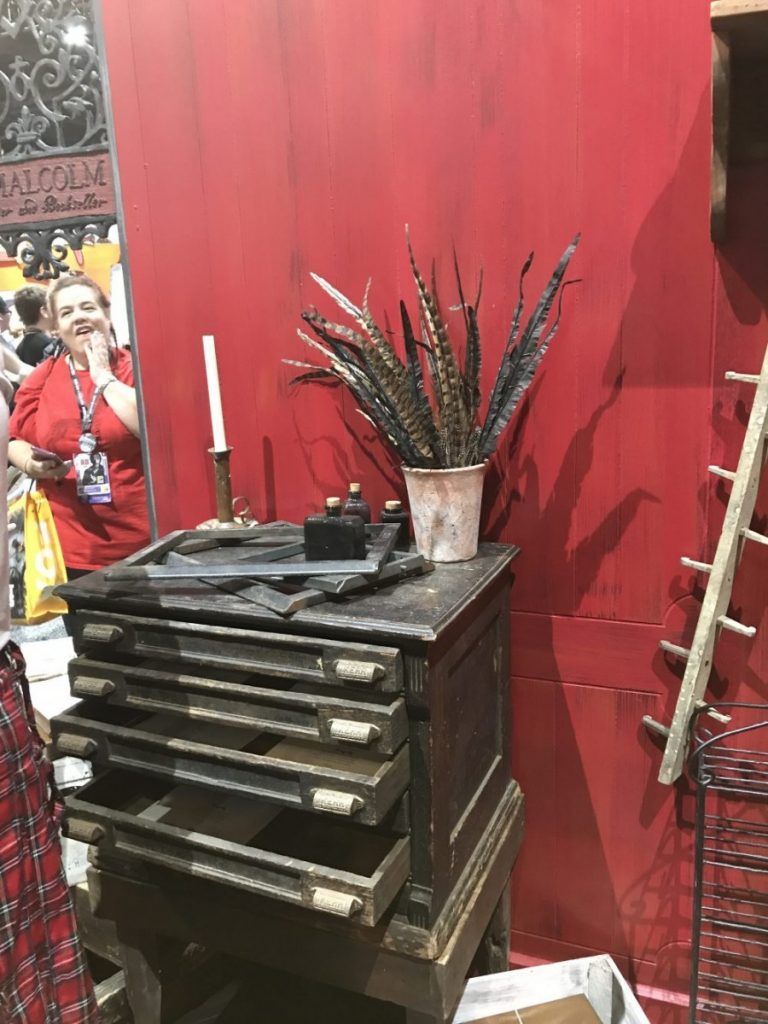 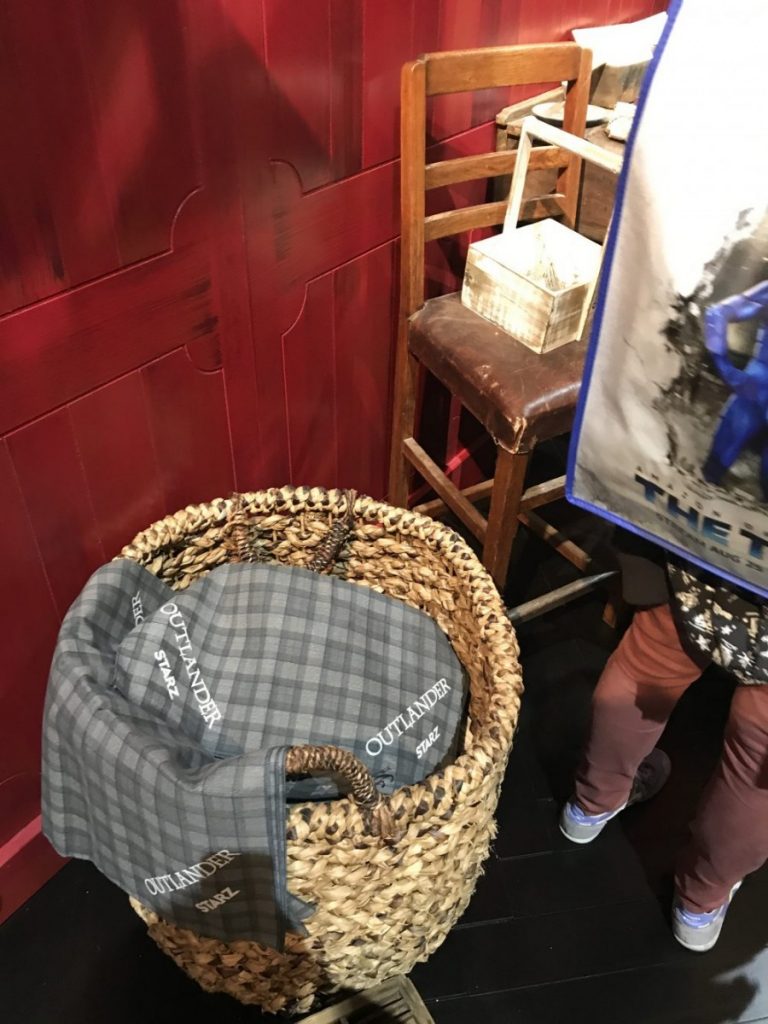 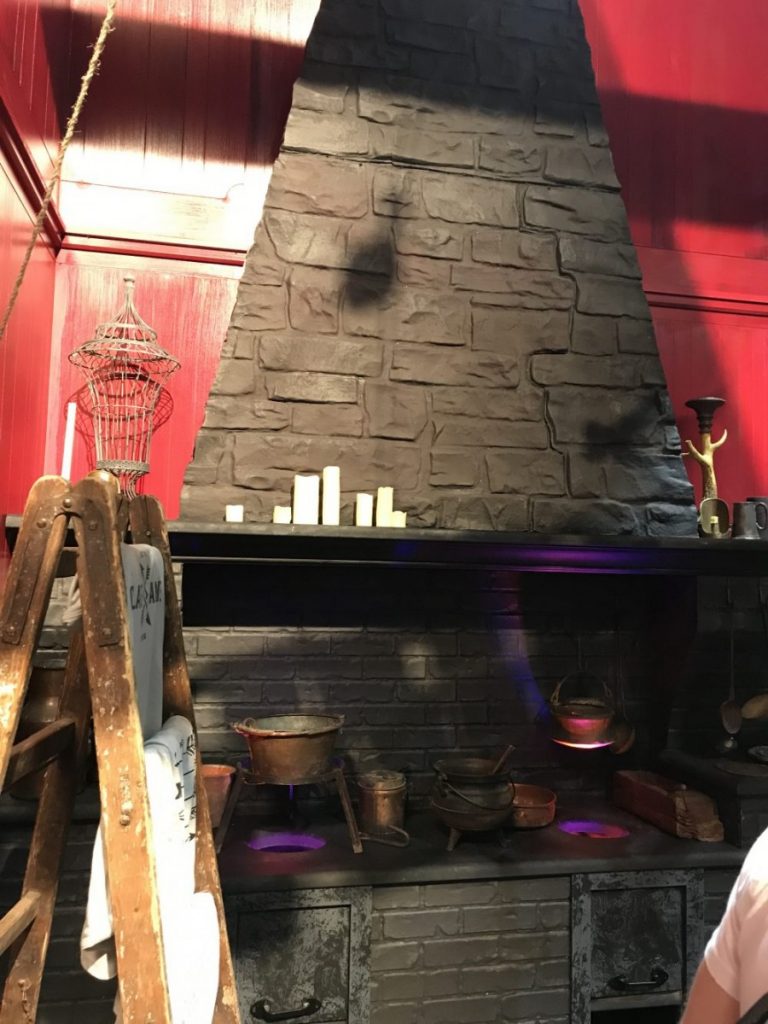 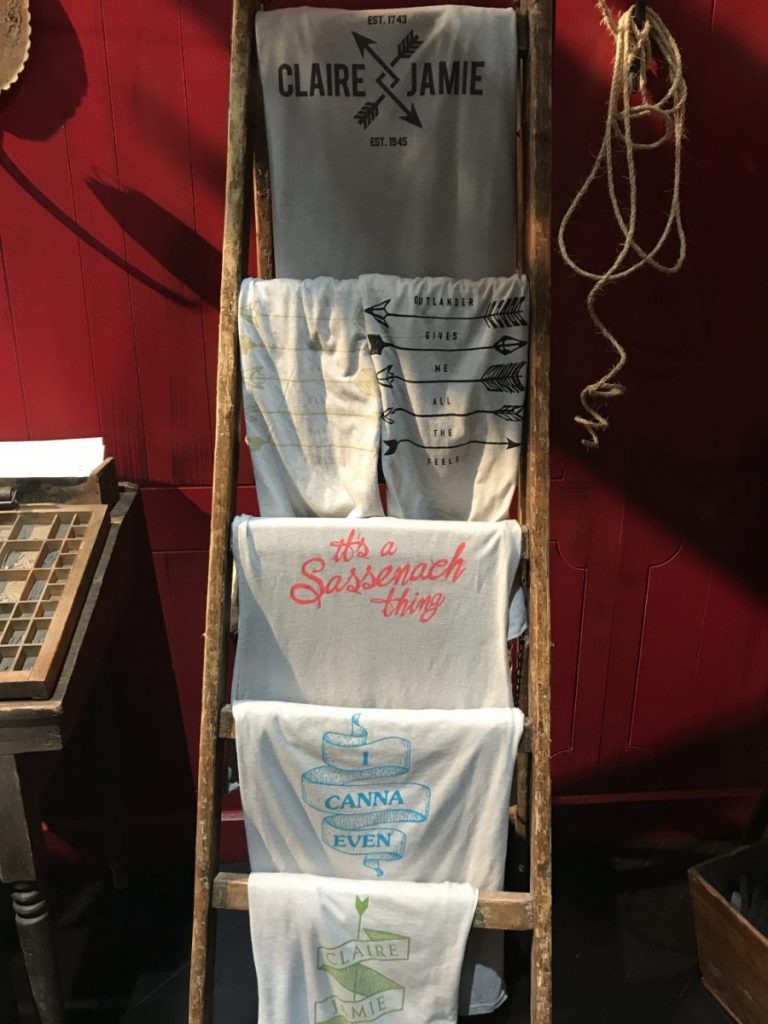 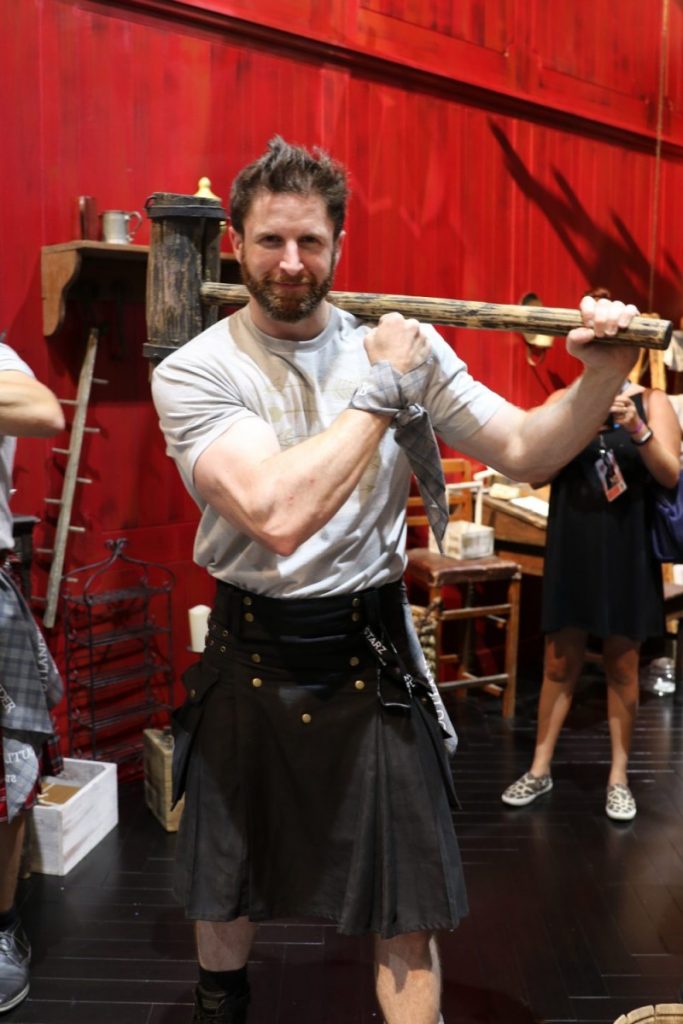 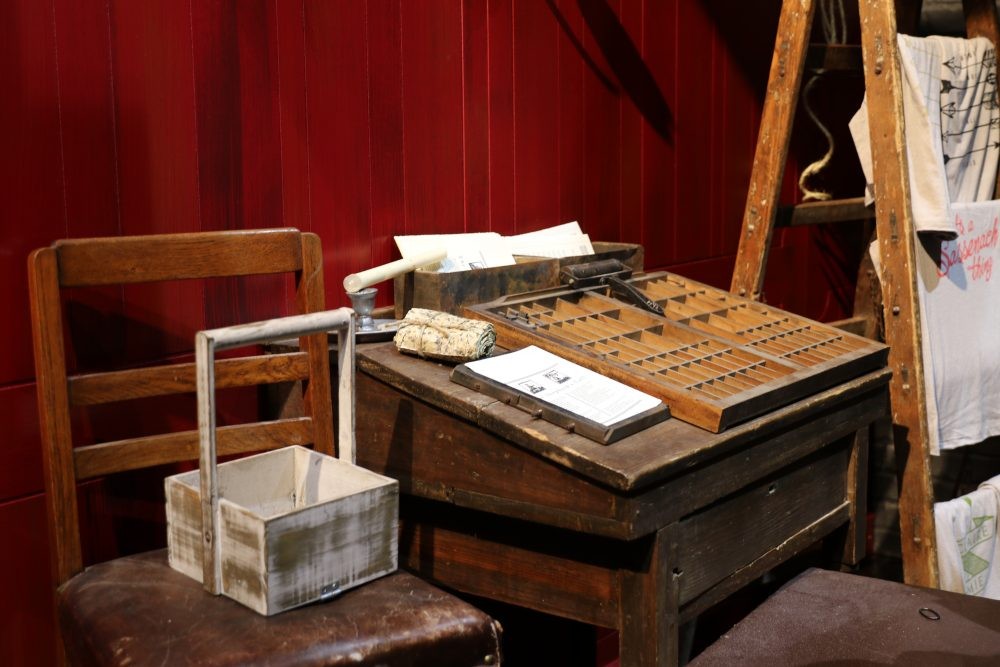 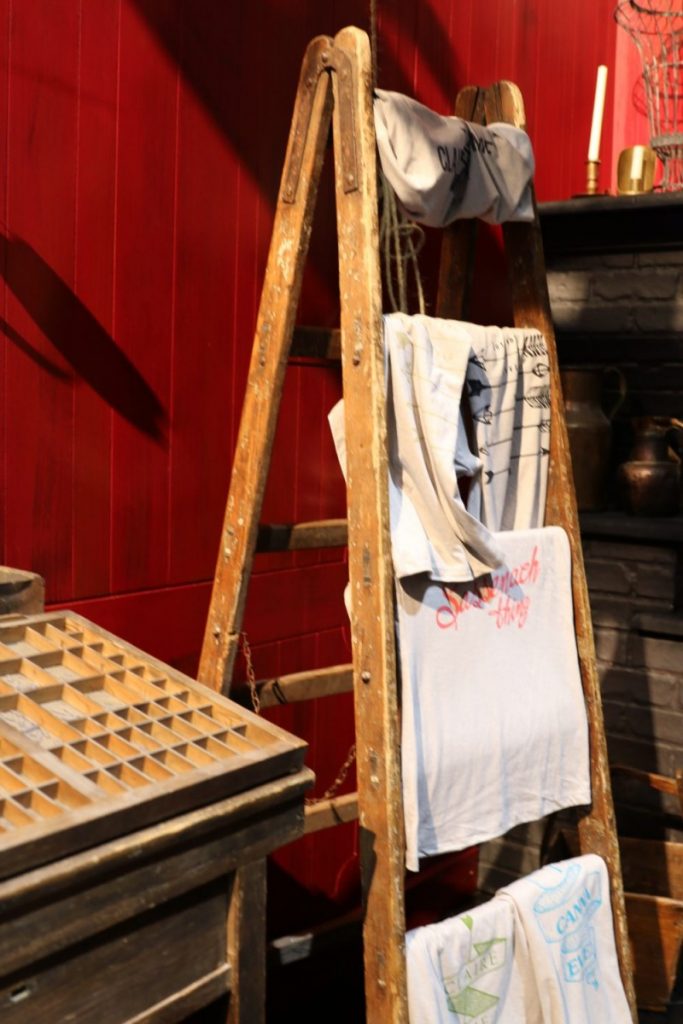 This year Outlander did it right.  One of the most infamous scenes in Diana Gabaldon’s third novel, Voyager, is the print shop scene. The booth is decked out with all sorts of printing paraphernalia. The COOLEST thing is the live screen printing they’re doing on Outlander shirts! Expect big lines at the booth because the giveaways are basically insane.

After lining up, the swag you can score is either temporary tattoos, a flask, a plaid handkerchief, a tote, or one of those seriously cool t-shirts that are being printed men’s or women’s in about six designs! (We’re gonna do a giveaway for a few pieces of swag once Outlander premieres in September!)

Besides the screen prints, the other awesome thing about the booth is the A. Malcolm sign. In our booth tour Starz told us it’s ACTUALLY the one they used in the production!

The details in this are incredible. What we love here: The Masonic symbol in the center is a detail book fans will remember. Can you spot the tiny J & C on the left and right in the scrollwork? My heart! And at the top right, Saturn and Jupiter symbols, which are the alchemical symbols for lead and tin used in printing!! Kudos to John Gary Steele (production designer on the show), this sign is AWESOME. 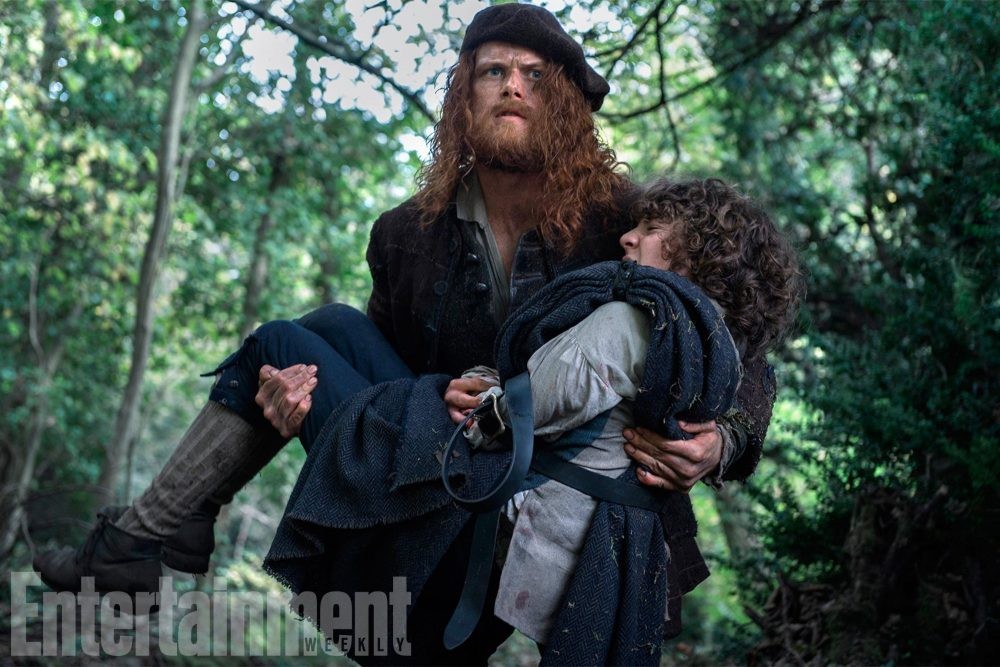 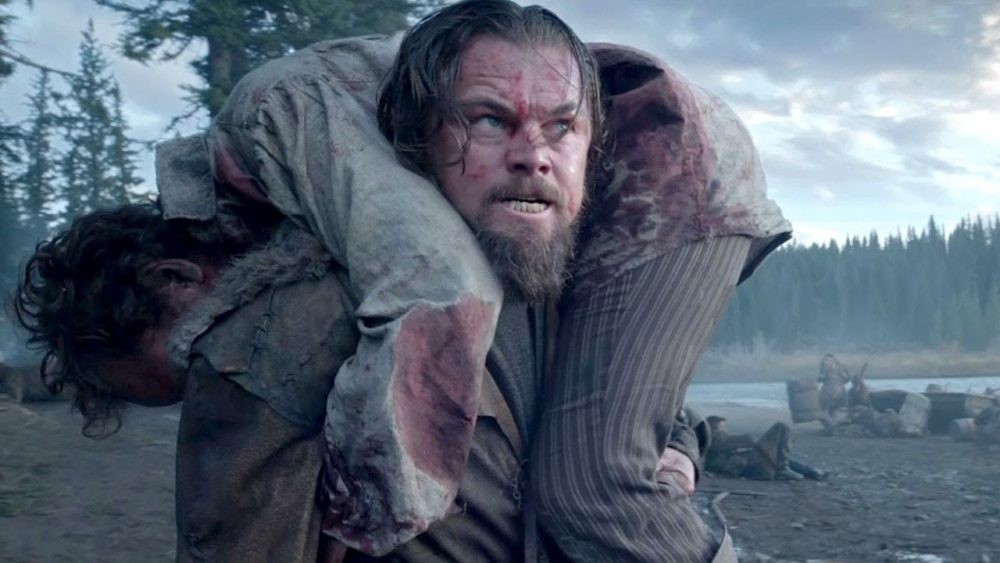 Stay tuned for all things Outlander as we continue our SDCC coverage throughout the weekend! 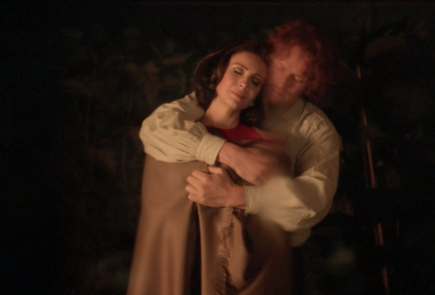 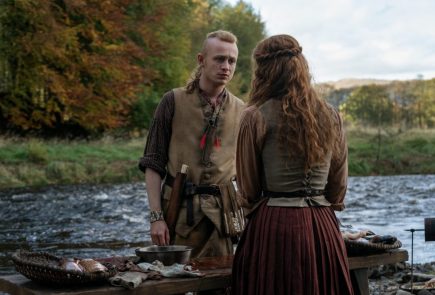 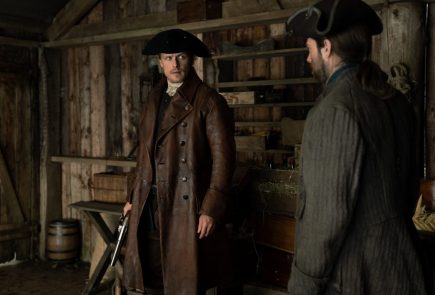 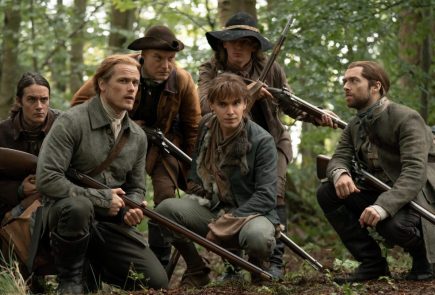 Who are the “Monsters and Heroes” in Outlander’s latest episode?
Read More 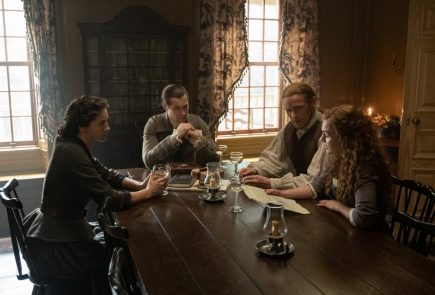 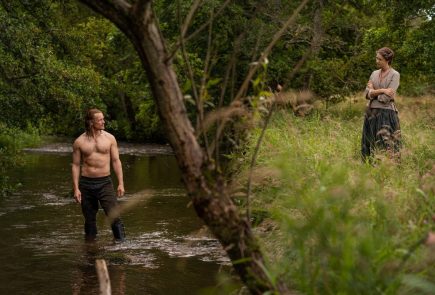