SDCC 2017: Most Anticipated Films at This Year’s Independent Film Festival 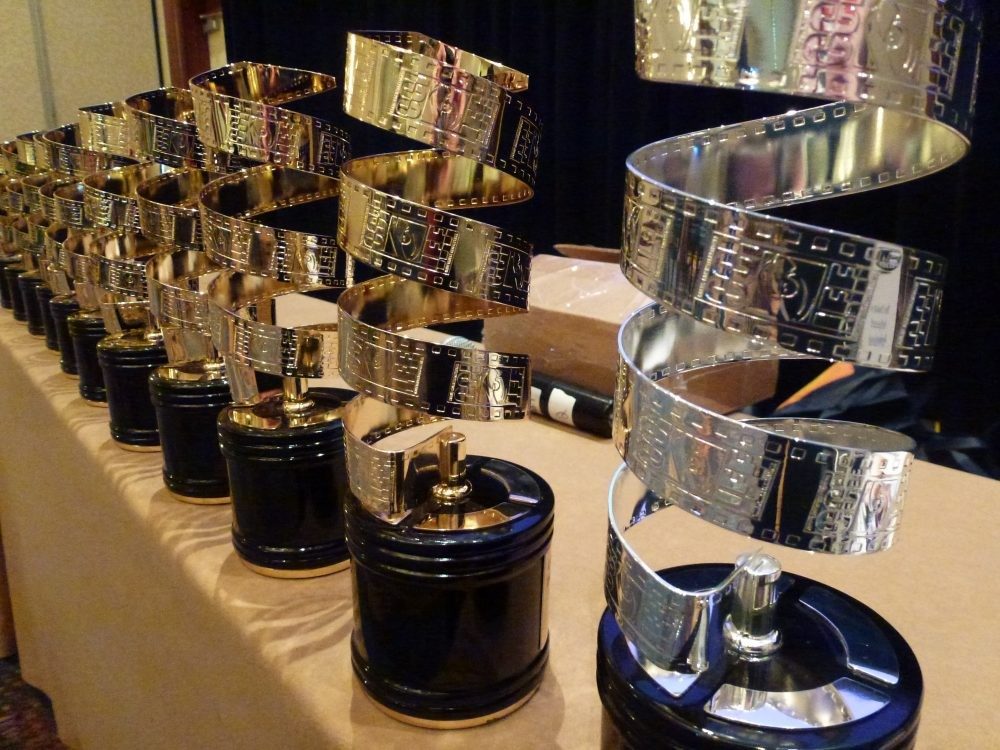 From cute to creepy, we list our top picks from every genre

Our picks for the Comic-Con International Independent Film Festival will make you feel everything from terrified to starving!

San Diego Comic Con is famous for its TV and Comic Book panels and events, but many people do not know that the convention is also home to a large Independent Film Festival. The Comic-Con International Independent Film Festival has launched hundreds of indie films, and this year will be no exception. With genres ranging from animation to horror, and everything in between, there’s something for every type of movie buff at this year’s SDCC Film Festival.

RELATED | Don’t be a Padawan. Be a Jedi Master! How to prepare for San Diego Comic-Con like a pro

With so many movies to choose from and so few precious Comic Con hours, you may be seeking guidance on which films to check out. Look no further! We’ve rounded up the one film from each genre that we think is a can’t miss event.

Everything from the title to the tagline (Say Cheese!) screams bad movie, but the critics say otherwise

Boasting a cheesy poster and a cringey name, Justin Ulloa and Jamie Dwyer’s Pizza Face may be the last thing you are interested in seeing at this year’s Film Festival. But not so fast! This animated horror film already has a small following on Twitter, and it’s won two awards and been nominated for three others! The story follows a self-involved waitress that falls victim to a phone app (that looks suspiciously like SnapChat) and turns into a slice of pizza. Seriously. Is it a joke? Is it a horror film? A commentary on the dangers of technology? Or is it actually just an advertisement for pizza? You’ll have to catch it on Thursday at 11:35 am to find out!

From director Jeremy Luttor comes the story of Samantha – a troubled foster teen who discovers that a supernatural imposter is living in her home. Samantha must expose the imposter and save her foster sister before it is too late. As the only feature length horror film at the Comic-Con International Film Festival, it’s no surprise that this is the movie we are most excited for. However, even if there were hundreds of feature length horror films headed to Comic-Con, The Hollow Child would still top our list. With positive critical reviews and two nominations and a Leo win (Best Lead Performance by a Female) under its belt, this film is your best bet if you’re looking for some horror at San Diego Comic Con. Catch The Hollow Child at 8:55 pm on Thursday.

Ben West’s comedic short film chronicles the story of a man who breaks up with himself – literally. Our protagonist decides enough is enough and departs his head and torso from his legs. It’s a unique concept, and it’s already garnered tons of praise on social media. The writer and director was also behind internationally acclaimed films “Freaks” and “Fugo & Tako”. The beautiful thing about indie cinema is that it takes risks, and that is where Other Half shines. You won’t find another film with this premise, and that’s what makes it so absurd and hilarious. If you want to see for yourself what all the fuss is about, check it out Friday at 11:40 am.

When a hitman falls in love with his target, things get messy

Edmund Kwan’s Scorpion was created in just 72 hours. An impressive feat on its own, but even more so when you consider how well received this film is. Scorpion celebrates diversity and tackles racism, making it a must-see at this year’s film festival. As of now, it’s by far the highest attended film in its category, with more people marked as “planning to attend” this action/adventure film than any other. If you are all about diversity, action, suspense, and romance, check out this film at 2:05 pm on Friday.

Directed by “Dead Body in the Trunk”

Shannan Leigh Reeve’s Speed Date follows a guy named Josh in his search for love. The description claims he does this in a particularly millennial way, so we have a few guesses (obviously influenced by the title) as to what shenanigans Josh gets up to in his quest to leave the single life. The films scores an 8.2 on IMDb currently, giving it an upper hand on the other films in the Humor & Satire category, and the premise is relatable enough to set the stage for a charming and entertaining short film. Find love the fast way at 5:25 pm on Friday.

Science Fiction & Fantasy: From The Veil

This film may be short, but it’s nothing short of epic

Guy Iorio’s From The Veil is a beautiful short film. Its production value outshines most indie cinema, and at times it could pass for a high budget blockbuster. Not only is it a good looking film, it’s got a compelling and creative story about a knight named Targus and his fight to return home. As of writing, the film has over 81K views on YouTube, which is no small feat for a short indie film. It’s definitely worth the 9:25 pm slot on your Friday Comic Con schedule.

Possibly the most anticipated film of the entire festival

Far more people are talking about Neil Gaiman: Dream Dangerously than any other film at the Comic-Con International Independent Film Festival. Patrick Meaney’s documentary follows iconic storyteller Neil Gaiman in an up close and personal look at his life. Neil Gaiman is a writer of short stories, novels, comics, and more, and has developed a huge fanbase dedicated to his creative works. Join those fans at San Diego Comic-Con for an up close look at what it’s like to be a creator of incredible stories. You can catch the documentary at 2:05 pm on Saturday.

Reagan Pierce
Reagan is a TV enthusiast from Texas. She is currently attending Texas Tech University studying English and Film Studies. She loves all things CW, especially DCTV. She's an avid reader and watcher, and spends every moment of free time she has immersed in the world of entertainment. She hopes to one day be a full time entertainment writer or TV critic.
You might also like
FilmSan Diego Comic Con SDCC17Nerdeek Life
Read More