SDCC 2017: Top Cosplays and Cosplayers To Watch For 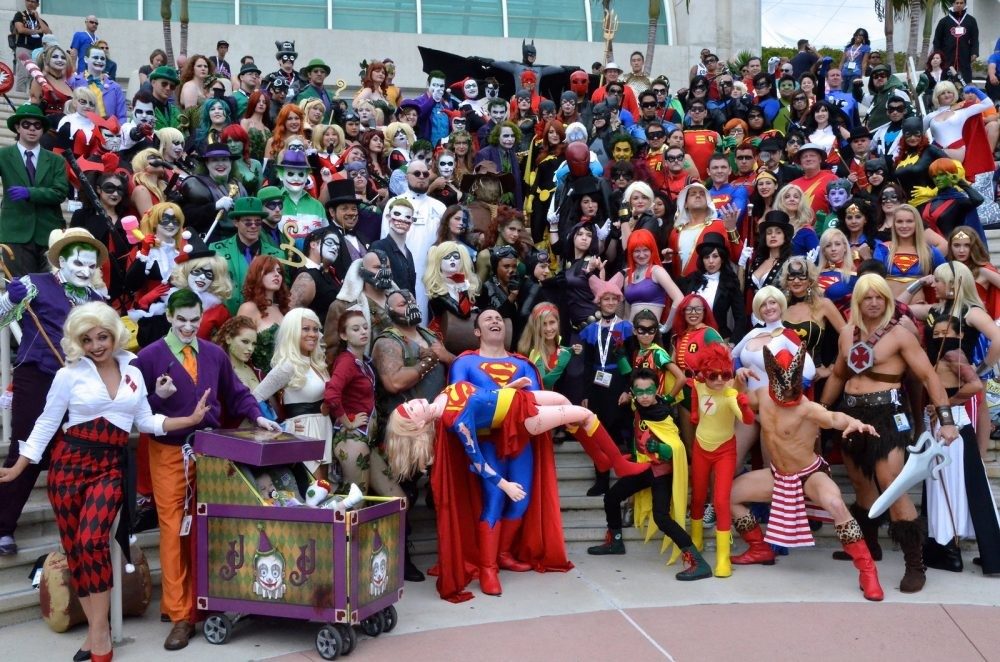 There's nothing better than seeing geeks take on their favorite personas during SDCC cosplay!

The secret…is underneath the costume!

SDCC 2017 is nearly here, and everyone is super excited to witness the creativity and crafting of everyone who is cosplaying this year.  The cosplays that are always present include Storm trooper, Darth Vader, Princess Leia, Jack Sparrow, The Joker, Harley Quinn, Batman, and Superman.  Also, we can expect to see lots of Logan (Wolverine), John Snow, and Khaleesi (Game of Thrones), just to name a few.

With the Justice League movie just around the corner, and the Wonder woman movie breaking records, it’s a hot cosplay theme.  SDCC can expect to see a lot of Wonder Woman cosplay, and their wonder woman meet up for group pictures.  Also, with Spiderman being one of this summer’s most anticipated movies, we all know Spidey will be everywhere.  Thor 3 is another highly anticipated movie for this year, and our favorite villain Loki will likely make a cosplay appearance.

It takes absolute passion to become a cosplayer.  So, with many different cosplays to choose, let’s see who emerges among them every year!!! 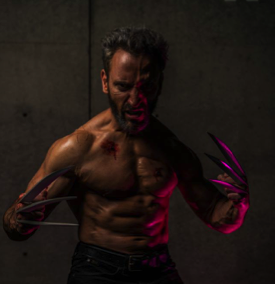 Lontermash is well known for his cosplay as Rocky Balboa (his favorite fictional character), Batman, and Wolverine. He had never considered cosplaying until he attended a convention and realize how much fun the community was. He decided to go as Wolverine, and the interaction that he had with the fandom and cosplay community made him feel like a celebrity. People took more pictures of him that weekend than his entire life. He decided to cosplay Wolverine from the constant observation from other people that he resembled the actor. He decided to grow a beard and cosplay Logan, and the rest is history. He is considered one of the world’s fittest cosplayers, and his commitment and dedication to portraying his favorite character is admirable.

Check out his other cosplays: https://www.facebook.com/Lonstermash/

Harleykat is a very versatile and diverse cosplayer.  She has countless stunning cosplay costumes to choose from, including Sith Rey, Slave Loki, Harley Quinn, Hydra – just to mentioned a few.  She is one of the cosplayers we are most thrilled to see this year, but she has not given us hints on who she will be portraying yet! However, we’re certain it will be very fascinating. The endeavor and crafting that goes into each cosplay is simply commendable, and her meticulous art work is impressive. Two of our favorite picks would have to be her Slave Loki and Harley Quinn.

Check out her other cosplays: https://www.facebook.com/HarleyKatCosplay/ 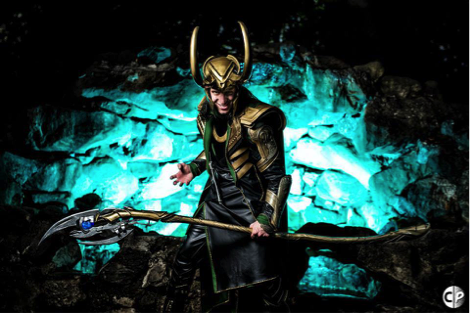 Lokihatesyou is our supreme leader!  His mastermind-like precision with his appearance as Loki is beyond magnificent.  We all know Loki is very beloved among the cosplay community despite not been a superhero. The attention he gives to every detail is fantastic, from the costume quality (which is a replica of the first Avengers movie) to all the props that he uses and accessories that he wears. Take for example his use of the heavy horn helmet to Loki’s scepter. He even goes above and beyond to act and behave as his character and even doesn’t like to call himself a cosplayer. He was featured on news entertainment back in 2014.

For more information on his cosplays: https://www.facebook.com/lokiwillalwayshateyou/ 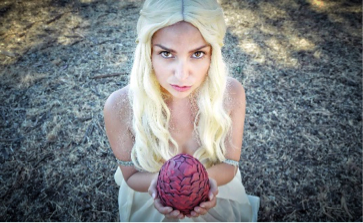 Ginny Not Weasley will be bringing D.C. Bombshells Wonder Woman. However, her Daenerys Khaleesi cosplay is a crowd favorite, and with The Game of Thrones Season 7 already here, it would be great to see her portray this beloved character. She is also known to transform into different characters throughout the day, she recently stated that she unfortunately will only be at SDCC for one day.  However, she will bringing Rey (Star Wars) and Bell (Beauty and the Beast), which is her favorite cosplay because she identifies with her.

For some other great cosplays: https://www.facebook.com/Ginnynotweasleycosplay/ 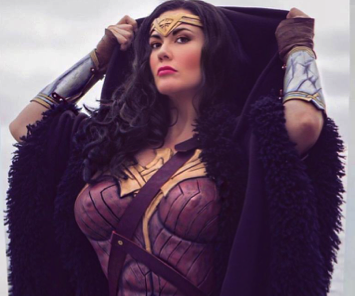 Other popular cosplayers to look out for are Wonderwoman is real, Jessica Nigri, VampyBitMe, and Meeversdesu.

Fearlessness is to put on a costume and perform in public!

All of the mentioned above cosplays are our favorites, but there will no doubt be others who will appear and maybe even overtake them. Those who believe they are the best will enter the Masquerade Showcase, held at SDCC on Saturday night July 22nd, 2017 at Ballroom 20. It is free to participate in or attend for anyone with a SDCC 4-day badge or a Saturday badge.  If you just plan to be in the audience, there’s no need to wear a costume.  There may be other cosplay events off site at SDCC with contests, but they are usually based on popularity versus talent or technical ability.  For more information on the Masquerade Showcase, visit the official SDCC website here.

NEED A BREATHER FROM ALL THE COLORS AND WIGS?

Don’t forget that we’re bringing you SDCC 2017 coverage before, during, and after! Learn more about the best panels, parties, and previews by staying tuned!

Jennifer Yen
I'm a mind-reading geek MD during the day and Amazon bestselling author of YA fantasy series The Avalon Relics by night. I am a lover of great books, binger of television series, and enthusiastic fanfiction creator. I enjoy all things science fiction and fantasy, Marvel, and Disney/Pixar related. I'm a Trekkie, Jedi, Whovian, X-Phile, Shadowhunter, Stitcher, Potterhead, Browncoat, Tribute, Austenite, and so much more. I support diversity in all media and want to keep smart shows where they belong - on the air!
You might also like
AvengersbatmanConventionsNerdeek Life
Read More 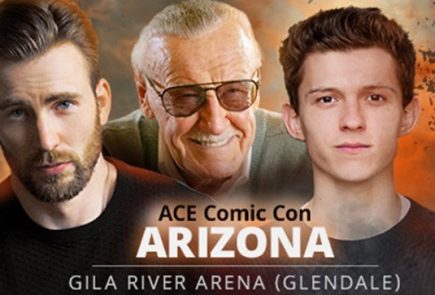