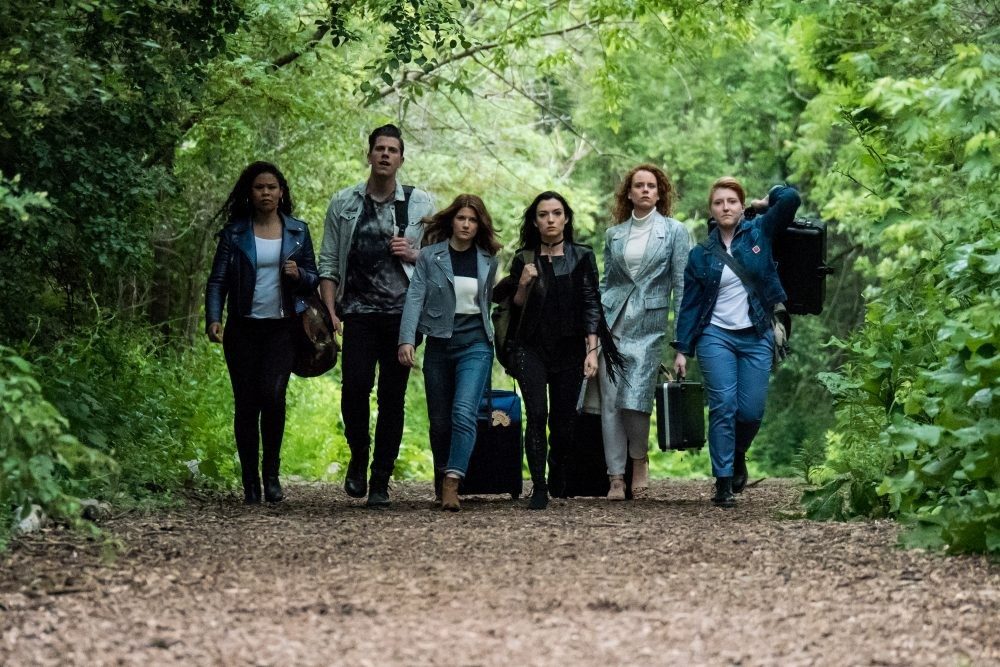 “We really get to see them in crisis mode, which is when people really reveal themselves…and where a lot of growth happens.”

Excited fans of the critically acclaimed web series Carmilla were treated on Thursday, October 5, 2017 at NYCC when stars Natasha Negovanlis and Elise Bauman sat down and spoke about their upcoming movie during a special panel.  Set five years after Laura (Bauman) and Carmilla (Negovanlis) vanquished the apocalypse, Carmilla is learning to adapt to life as a human.  They couple live in a cozy apartment in downtown Toronto while Laura hones her journalism skills. When Carmilla shows signs of “re-vamping” and Laura starts having bizarre, ghostly dreams, things fall apart. The couple must now enlist their old friends from Silas University to uncover the unknown supernatural threat and save humanity – including Carmilla’s.

RELATED |  FREEFORM BRINGS ITS SERIES TO LIFE AT NYCC 2017

We had a chance to sit down with Natasha and Elise to discuss the impact the web series has on promoting LGBT awareness.  They also reveal what we can expect from the hour-long The Carmilla Movie and where their characters stand today!

“So many locations.  Some of it’s outside and we get to see the characters outside. We get to see so much more action because the web series has Laura describing action off camera, so it was actually cool to see these characters live their lives.”

When Elise joined us, she said her character Laura has

“For the past five years, she’s really been going after her career in investigative journalism…and she and Carmilla have been living this very domestic life until Carmilla starts to show signs of re-vamping.”

Both actresses teased us that there will be old friends, new challenges, and whole lot of love!  So tell us, what are you hoping to see in the movie?  What are you most looking foward to?  Comment below!

FANS CAN STREAM THE CARMILLA MOVIE  ON FULLSCREEN STARTING OCTOBER 27, 2017!

Want to know more? Stay tuned to check out the entire video interview!

WHILE HOLLSTEIN MAKES ANOTHER BAG OF POPCORN, DON’T GO JUST YET!

We have such exciting coverage other panels, show floor, and activations for NYCC 2017, so don’t miss out! Stay tuned and keep an eye out!
likethis
What's your reaction?

Jennifer Yen
I'm a mind-reading geek MD during the day and Amazon bestselling author of YA fantasy series The Avalon Relics by night. I am a lover of great books, binger of television series, and enthusiastic fanfiction creator. I enjoy all things science fiction and fantasy, Marvel, and Disney/Pixar related. I'm a Trekkie, Jedi, Whovian, X-Phile, Shadowhunter, Stitcher, Potterhead, Browncoat, Tribute, Austenite, and so much more. I support diversity in all media and want to keep smart shows where they belong - on the air!
You might also like
Dominique Provost-Chalkleyelise baumanConventionsNerdeek Life
Syfy’s ‘Wynonna Earp’ Escapes Purgatory for SDCC 2017
Read More 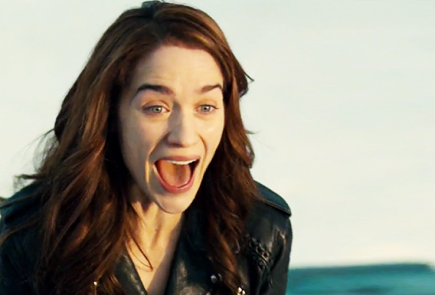 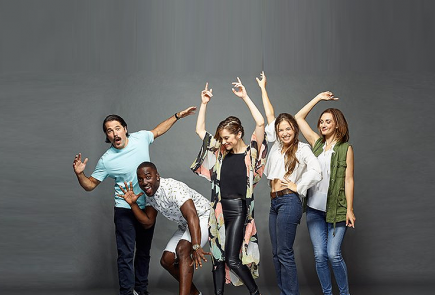